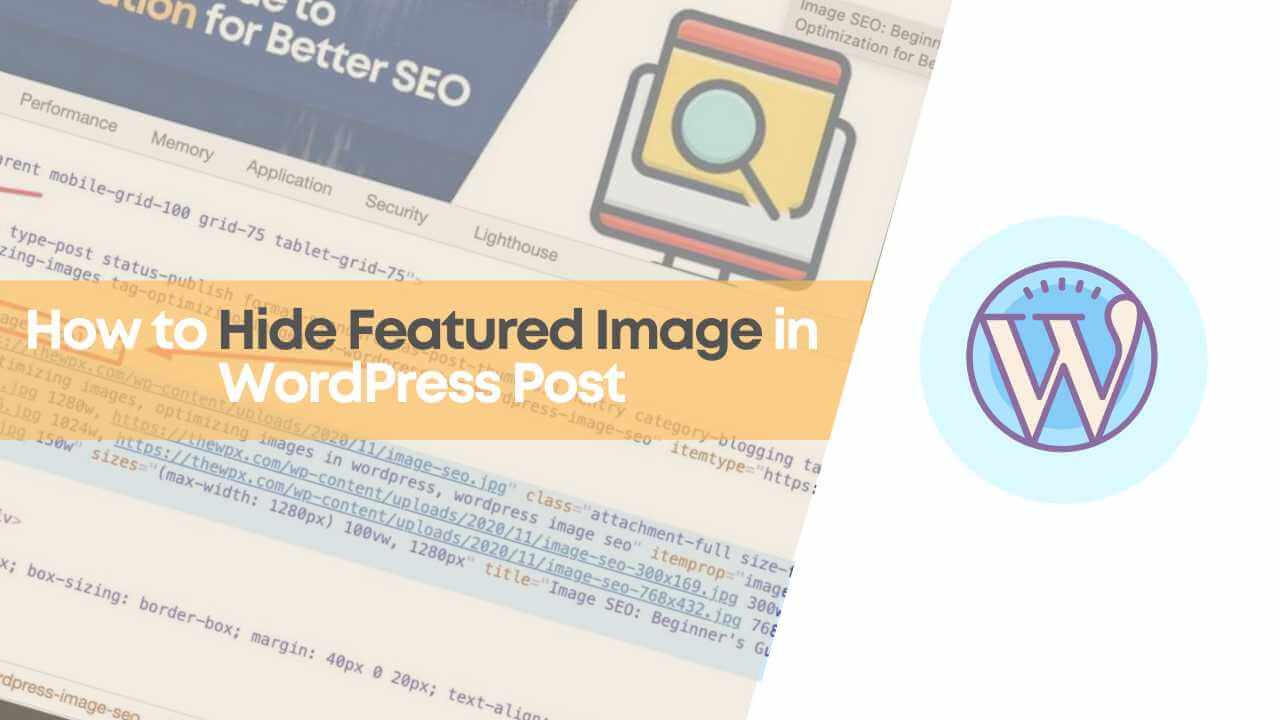 But before hiding the featured image, here are a few things that you need to know;

I highly recommend you not to remove the featured image URL and just hide it using some plugins – It is because a featured image is a thumbnail that is added to every blog post and it is used in various aspects to show the preview of your website when it is shared on the social media channels including Facebook, Twitter, etc.

So it’s better just to hide the featured image on a specific post and not to remove it completely from those pages.

How to Hide Featured Image in WordPress?

There are some ways through which you can hide featured image in your WordPress website. It can include using a WordPress plugin, using custom CSS for specific pages, and nowadays some themes have pre-built options to hide the featured image.

You can use any of these methods which are convenient for you – but I recommend you to first check if your theme has any pre-built option for this.

There is a theme named Astra which is available in the WordPress repository, It is one of the best and most popular themes with a pre-built option to hide featured images on specific WordPress posts.

If you’re using this theme on your website, then the steps are too simple for hiding the featured image from a specific post. You just have to log in to your admin console > click on “edit post” > find the “Astra Settings” option > check on “Disable Featured Image” as shown in the image above.

Nevertheless, I recommend trying the methods which I shared below because most of the time it works well for every website. But if it’s not, then let us know.

It will hide the featured image on your WordPress website.

If you’re still not sure how to do it, then here I’m sharing the step-by-step guide using the “Conditionally display featured image on singular posts and pages” plugin.

First of all, search for the plugin in your WordPress repository or click here to download the plugin. Once you find the plugin, click on the “Install Now” button and then “Activate“.

It will install and activate the plugin for you.

Once the plugin is activated, open the post in “Editor Mode” or the “Gutenberg Mode” (whichever you like) and then scroll down to the “Featured Image” section.

After the featured image, you’ll get another option to hide the featured image on all singular pages (as shown in the image above). You may now need to tick on the option and then update your post. It will do everything for you.

If none of the above methods works for you, then you can try hiding the featured image using custom CSS. I don’t usually recommend this option to you unless you’re well aware of HTML and CSS. Especially when you’re not even aware of how WordPress works.

The only thing which I dislike in this method is, it takes a lot more time to find the element using the “Inspect” method in your browser and then writing custom codes every time for hiding the featured image and saving the settings in “Additional CSS” options in customization option.

If you have got a limited number of posts on which you want to hide featured image, then you can give it a try;

So I’ll first open the post in my browser (I prefer Chrome for this) and right-click on the featured image and then click on the “Inspect” option.

Once you click on the “Inspect” option, a dialogue box will open with the “HTML entities” of the website. Here you’ll see the featured image class named “featured-image page-header-image-single” and the unique ID of the post “post-785“.

Now, we have to write custom CSS code using these variables. So for this, we write the code which I shared below and save it in the “Additional CSS” option which you can easily find inside the customizer.

Here is the code;

If you want to hide the featured image of all posts, then you can simply use this CSS code depending upon the class name (as shown below) and save it in “Additional CSS“. The code is as follows;

If you’re not able to do it manually, then just reach us at [email protected] and our team will do it for you (yes, for a small fee).

How Can I Use Multiple Featured Image in WordPress

Yes, you can use multiple featured images in WordPress easily – but for this, we need another plugin named “Dynamic Featured Image“.

This plugin will help you in adding dynamically featured images on posts, pages, and custom post types. You just have to set the number of images you want to show as a featured image from their easy-to-use interface without writing a single line of code.

What are the Available Methods to Hide Featured Image in WordPress?

Depends on the need and types, you’ll get 3 methods to hide featured image in specific WordPress posts. These methods are;

Can We Add More than One Featured Image in WordPress?

Yes, you can easily do so. For this, you’ve to install a plugin named “Dynamic Featured Image” from the WordPress repository. Once the plugin is installed, just select the number of featured images you want on your website and it’s done.

Even sometimes removing the featured image is hard, especially when you’re using some new WordPress theme with no proper guidelines or when you are not aware of the basic HTML codes.

So in this case, I highly recommend you hiring some experts from Fiverr. If you want, you can also reach us at [email protected] with your WordPress credentials and our team will remove it for you (yes, for a small fee).

I hope you liked this article, and if you do, don’t forget to share it with your friends and family. 🙂

TheWPX is a blog where we cover topics related to Blogging, WordPress, SEO, and Affiliate Marketing.
All the information which is published on our website is collected through independent research and tests. The data is being verified through consultation with reliable sources.
Also, We constantly update the content on our website, keeping it fresh and relevant to our readers at all times.

FTC Disclosure: Some of TheWPX links may contain affiliate links for which I receive a small compensation from sales of certain items made through these links at no extra cost to you… [Read More] 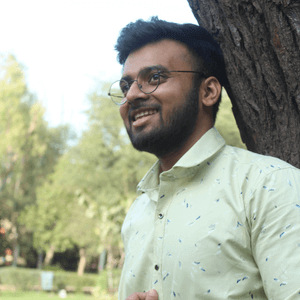 Hola Amigos! I'm Sunny Kumar, Founder of TheWPX. A blog where I share my experience which I have gathered from my last 7 year journey in blogging with all the new bloggers struggling to make their first income.

TheWPX is a blog where we cover topics related to Blogging, WordPress, SEO, and Affiliate Marketing.